On the move with children – this time in Hamburg

Hamburg, my pearl, my beautiful city. A terribly proud native gives us her tips, opinions and views on family-friendly hotels, restaurants and where to go in Hamburg.

Hamburg is not a city – it is a state of mind! Sounds arrogant? Well, we have just confirmed the first prejudice about my hometown and its residents. The truth is we are not arrogant. We just have so many darn good reasons to believe that our city is something special. This place that feels larger than life itself! Hamburg is: the glittering water in the radiant sunshine, the never ending green. It is thick with culture and sub culture. It has laid back people, magnificent historical buildings, an abundance of charm and it is a meeting place for cultures. The free spirited will find here their port. And even the most rustic Bavarians tell me repeatedly how impressive and beautiful they find Hamburg. Genuine praise and then… “but the weather…”

A Northern German sayings goes: “Wind ist erst wenn die Schafe keine Locken mehr haben (we call it only wind when the sheeps´wool has no curls anymore)”. To officially clarify this tiresome subject once and for all: Yes, according to the “Deutscher Wetterdienst” (German weather service), Munich has the preferential weather in terms of sun and dryness. However, it is only a difference of 12 to 20 minutes, not really worth mentioning. So, subject closed.

Anyway, in Hamburg, the city with the highest density of convertibles, people are sitting outside in front of the cafes with the first rays of sunshine – on still wet chairs sometimes. And the whole city is a child-friendly zone. It is true that children’s cafés and play areas in restaurants are not very common here. The Hamburg residents found this attitude rather stuffy. Instead, kids are used to just follow their parents to the grown-up hot spots. So, off with kids and co. to Hamburg!

Family-friendly cafés and restaurants in Hamburg

Feet in the sand and ship watching in the Strandperle

A holiday maker comes to Hamburg looking for “a nice café with a sandpit or playground nearby”! Nearby! Ha! The inhabitants of Hamburg can only smile a tired smile and ship the ignorant off to the largest sandpit in the city: The Strandperle (pearl of the beach) in Övelgönne. The children dig in the sand of the river Elbe and run around. Parents are chilling in lounge chairs sipping drinks for a small price. Feet buried in the sand, watching the ships sailing by! Sounds corny but it is true. The cult kiosk offers only a simple classic menu. Also to avoid long lines at the service hatch. 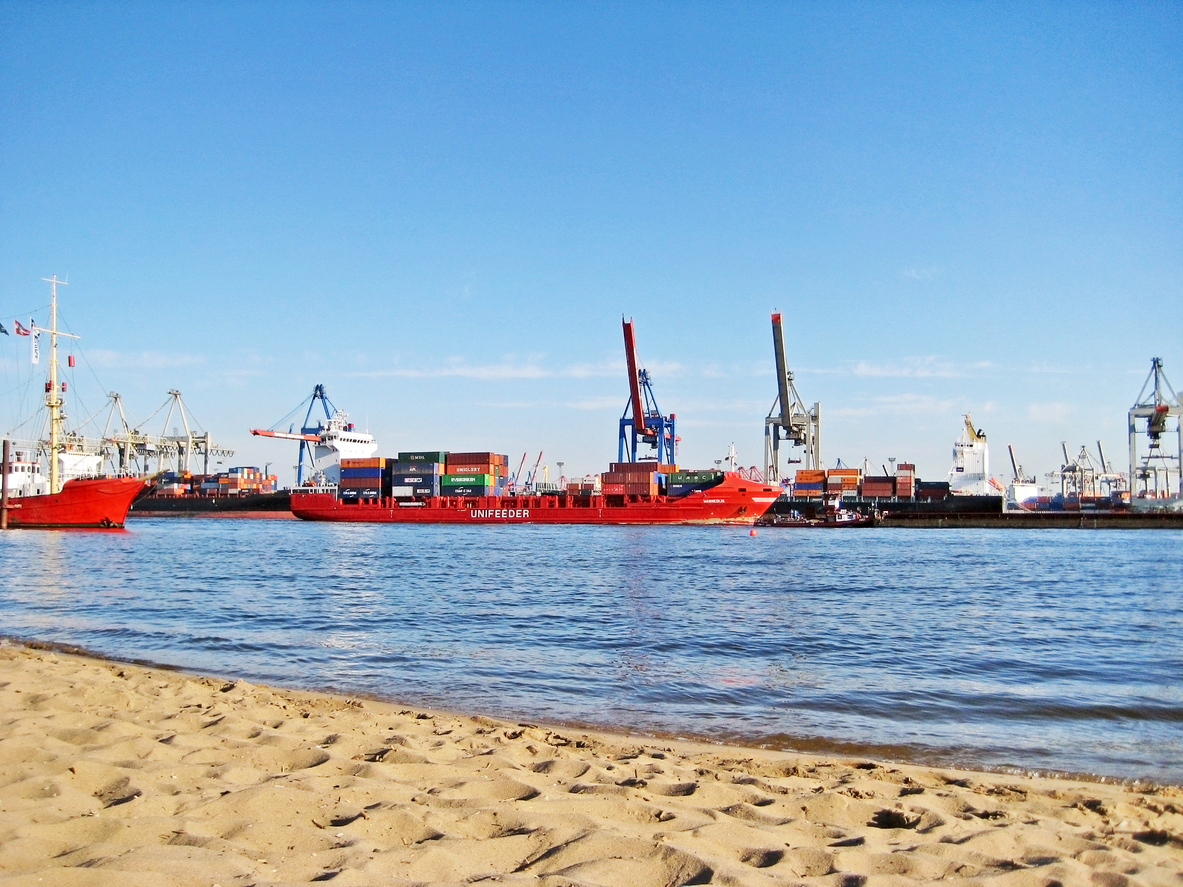 Mother invasion in the chic Old Quarter of Eppendorf

Sorry, but here I am completely biased. The merging districts Eppendorf and Harvestehude mean home and highlight to me. Sure, there are the grubby-beautiful “Schanze”, the artist´s quarter “Karolinenviertel”, the lively multicultural Ottensen or the chic Elb suburbs. But for those moms who want to have it fine, there is only the Notting Hill of Hamburg that will steel your hearts. It is best to start from “Eppendorfer Baum” at the Isemarkt (a market), which takes place on Tuesdays and Fridays under the viaduct of the overhead railway in a beautiful street with old Art Nouveau buildings. It is a bit narrow here with the buggies and kids. But a bag of bacon from the Bonbon Pingel stand is a must. You will find enough space for Kids and Co. in the nearby child-friendly café-restaurant Tiefenthal or the modern Mama Trattoria on Lehmweg. In the Bermuda triangle between Lehmweg, Klosterstern and Eppendorfer Landstraße are enticing, beautiful shops located one right after the other (for example the cookie factory Henk&Henri!).  The baby buggies are rolling here in droves!

Activities and playgrounds in Hamburg

Situated in a beautiful park in the heart of Hamburg is Hamburg’s largest and most beautiful playground Planten un Blomen. In the summer, it is the dream of all children, because – with countless water pumps –  you can spray yourself into 7th heaven (to all parents: please, don’t come without an extra change of clothing). For the older kids there are mountains and climbing scaffolds. Toddlers hang out in a separate play area. You will find snacks and toilets in the kiosk. Many parents spent time during their own childhood here in Planten un Blomen. And if the weather does not want to play ball, you can always escape into the warm tropical greenhouses in the park. The entrance here is also free.

The “HafenCity” – everthing is brand-new

The opposite of Planten un Blomen which was founded in 1863 is “the HafenCity”. A new city quarter for Hamburg. For parents, who are into modern architecture (Elbphilharmonie!), this is a definite Must. As a family you can stroll along the “Kaiserkai” (emperor’s dock). There are Elb canals everywhere, cafés every few meters. And at the end – as a reward for the well-behaved sightseeing –  the family visits the new 850 square meter Schatzinselspielplatz  (Treasure Island Playground) in Grasbrook with a climbing section, water courses, hammocks and life rafts on spiral springs. From the pirate’s ship lookout, the children can observe the QE2 (Queen Mary 2) or other incoming luxury cruise liners, because the playground is situated directly beside the cruise terminals.

Boating is for most children, of course, a more exciting and enjoyable way to explore the city than by foot. And in Hamburg that goes without saying. The economical way of doing this is the Alsterbarkassen, which stop at several stations along the Außenalster. You will also pass the fancy private white villas and the noble Atlantic Hotel. A Hafenrundfahrt starting at “Landungsbrücken” is exciting, but perhaps too long for some children. Instead, why not use your own resources and cruise along in a pedal boot? There are nice rental stations where you can meet the inhabitants of Hamburg, like the trendy Restaurant Noas or the Café Isekai. From here you can embark on some wonderful tours up to the Außenalster or into the city park and explore Hamburg from its most beautiful side, the water! 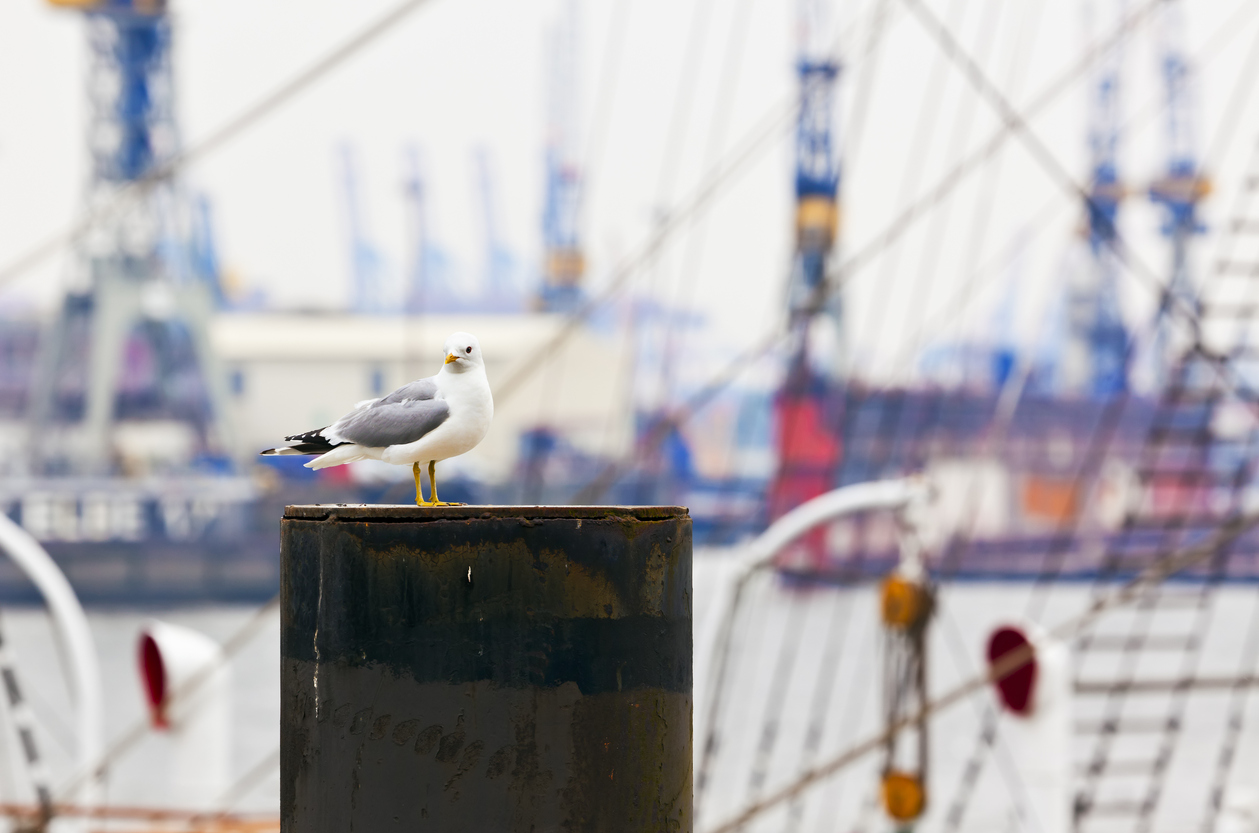 Seagull sitting on a pole at Hamburg harbor. Ships, docks and cranes in the background…

The bad weather alternative in Hamburg – the  Miniaturwunderland

No secret tip, but a real rescue for bad weather, because one can spend HOURS here: The miniature wonderland in the “Speicherstadt” (Warehouse district). Here, dads will be as fascinated as their three-year olds. The lovingly copied worlds such as the airport with its taking-off of mini-airplanes , or the 13,000 meters of train tracks with 215,000 teeny-weeny figurines belong to the most successful tourist attraction in Germany. To avoid the long lines at the entrance particularly on weekends it is strongly advised to purchase your tickets online in advance. In all honesty, even for those of you who are not a model railway fan: The Miniature Wonderland is still highly recommended.

Excursions with children in and around Hamburg

Hamburg is the most beautiful in summer. And the place to be in summer is the Beachclub Wedel 28Grad. Located very far in the west, just before the gates of the city is this relaxing holiday oasis. 130 tons of the finest Baltic Sea sand was dumped by the developers onto this man-made, one and a half kilometer beach. That is why it is so much cleaner than the real Elb beach. And it is the most child-friendly beach club of its kind! Palms and bamboo umbrellas litter the beach to give you that South Sea island paradise feeling. And when the big cruise ships sail by, the Elbe is rippling with waves. Who needs the real ocean when there is the Beachclub Wedel 28Grad?

Lüneburger Heide – spending the night in a sheperd´s wagon

Anybody can look at a wolf in the zoo. No big deal. More exciting would be to be lying in a wagon and hear their eerie howl when it is pitch dark, only a few hundred meters away! Wildpark Lüneburger Heide, approximately 45 minutes from Hamburg, can make this experience possible in its shepherds village. Overnight guests feel like they are in an episode of “Little House on the Prairie “, sitting before the campfire toasting stick bread and marsh-mallows. Families who do not wish to spend the night  can drive to the nearby Waldbad in Hanstedt. Once there, please try the home-made cakes in the Café Augustenhöh. You will even find sometimes horses waiting for stroking in these stunning gardens. The drinking water comes from their own well. And whoever wants to experience more of the “Lüneburger Heide” can take a carriage ride!

Zieselpark –with an electrical caterpillar through an off road course

The newest and wildest attraction in Hamburgs HafenCity: Zieseln. The “Ziesel” is an electric caterpillar vehicle that looks like a wheelchair converted into a tank. Whoever has reached the magical age of 12 years, can participate in this grown-up entertainment. At 25 km/h on an off road track – tearing over the sand surface in whirling clouds of grey dust and steering with a joystick! Next to the “Ziesel” course there is a turbulent course for off-road Segways – an all-terrain version of the electrical scooter, equipped with studded tires. Here, already 10-year olds can join in. For the non-“Zieslers”, there is a beach club on site where you can observe this unique entertainment (zero noise, zero smoke!).

Cool cabins with maritime charm, tattoo wallpaper and a container sauna: There is no hipper place than 25hours to spend the night along the Elbe as a family.

Tune in here for the official image film “The Free and Hanseatic city”, during which a Hamburg native after only 13 seconds has the first tear in his or her eyes (well, am I speaking only of myself?). This outstandingly beautiful film is based on a poem of the Hamburg hip hopper Dennis „Denyo “Lisk, known as member of the “Absoluten Beginnern”.

„The reason why people love to live here: Because people here feel first, then think, then speak. “

These insider tips come from Laura, born and raised in Hamburg. Since the birth of her daughter in 2014 she has been living in the Bavarian diaspora in Munich. Her husband is to blame! But she can now pronounce correctly “Oachkatzlschwoaf “(a typical Bavarian expression). She has spent time in places all over the world (India, Australia, Iceland). But Hamburg to her remains the most beautiful city of them all. 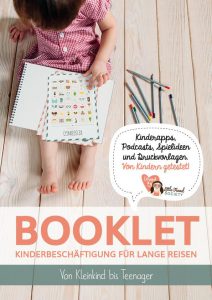